Course guide to assist students with research in IDS-402.

To get you started in thinking how your topic might be looked at through the historical lens, let's use the topic of food production as an example. The food that we eat in the United States today is drastically different than what previous generations have consumed. The way that our food is grown, manufactured, processed and brought to the consumer is radically different. One of the largest differences are the ingredients that are present in basic every day items such as milk and bread. No longer are Americans getting a loaf of bread from the bakery on their block, or their milk from a local farm. We go to large grocery stores where this food has been mass produced and enhanced with preservatives, which are "food additive[s] that is used to prevent or slow spoilage and lengthen the life span of many foods and beverages" (Harmon, 2018, para. 1). The United States government has the US Food and Drug Administration (FDA) which regulates preservatives and requires that they are labeled. Before the use of preservatives, the act of preserving food has been occurring since ancient times using techniques such as curing, canning and pickling (Harmon, 2018). Watch the short film clip Food Production Begins This link opens in a new window from the longer video The Weight of the Nation, below which gives a short overview of the history and evolution of food production. 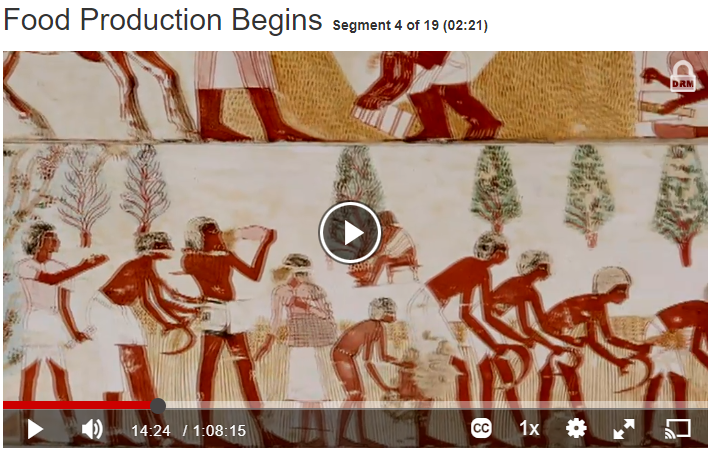 To begin to analyze this issue like a historian, what would be some questions that we could ask? Remember, historians look at events and sources from the past to learn about how and why things happened. Here are some ideas:

The list below are some examples of the library's databases that you could use to search for primary and secondary sources related to the history of food production in the United States.