Course guide developed specifically for IDS 401 to help support the research of this course, specifically in the final projects.

To get you started in thinking how your topic might be looked at through the historical lens, let's use the event of the Chernobyl nuclear meltdown. In an effort to produce more energy to meet the world's demands, nuclear power was developed as a low pollution option. A nuclear plant was built in the northern part of Ukraine in a small town called Chernobyl. On April 26, 1986 the plant's number 4 reactor experienced melting causing an explosion which "blew the top of the reactor and sent a wide trail of radioactive material across large parts of the Soviet Union" (para. 1). To learn more about this event and nuclear power, watch the videos Chernobyl: Nuclear Meltdown  This link opens in a new window and The Science of Nuclear Power This link opens in a new window below.

To begin to analyze this event like a historian, what would be some questions that we could ask? Here are some ideas: 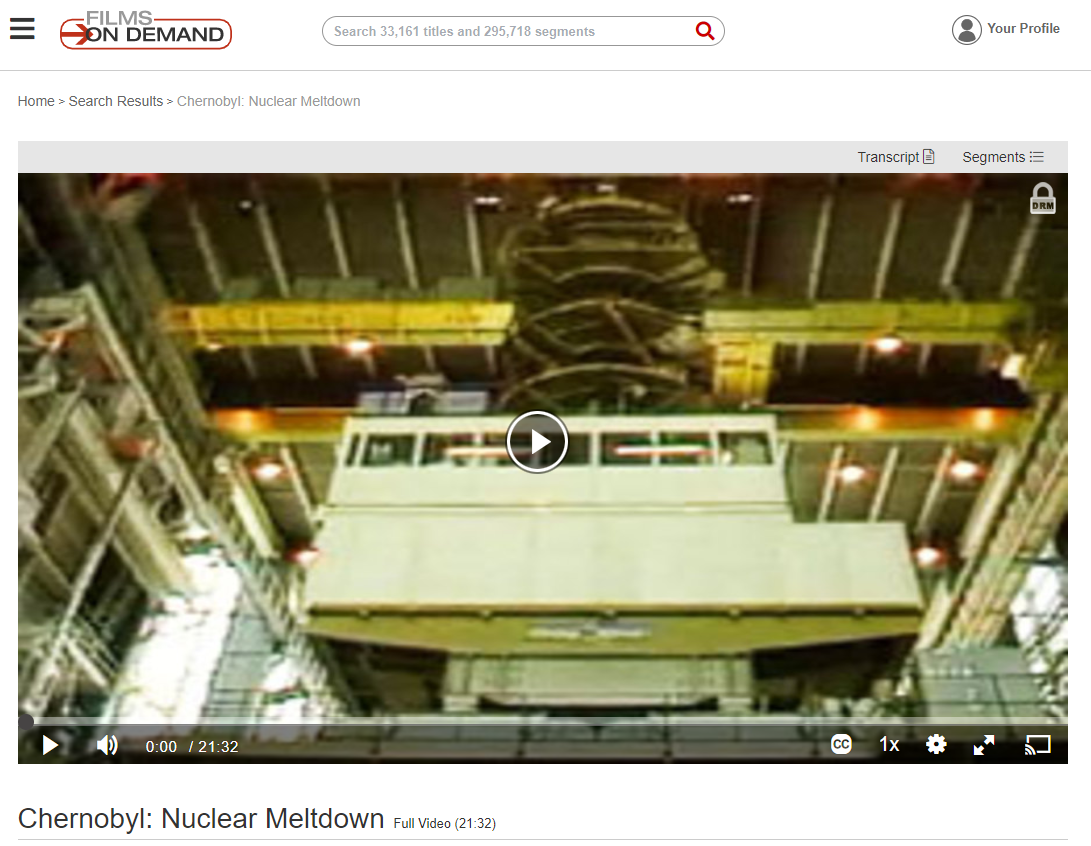 The list below are some examples of the library's databases that you could use to search for primary and secondary sources on Chernobyl, nuclear energy/power and globalization. See some ideas on how to use keywords to construct your searches.